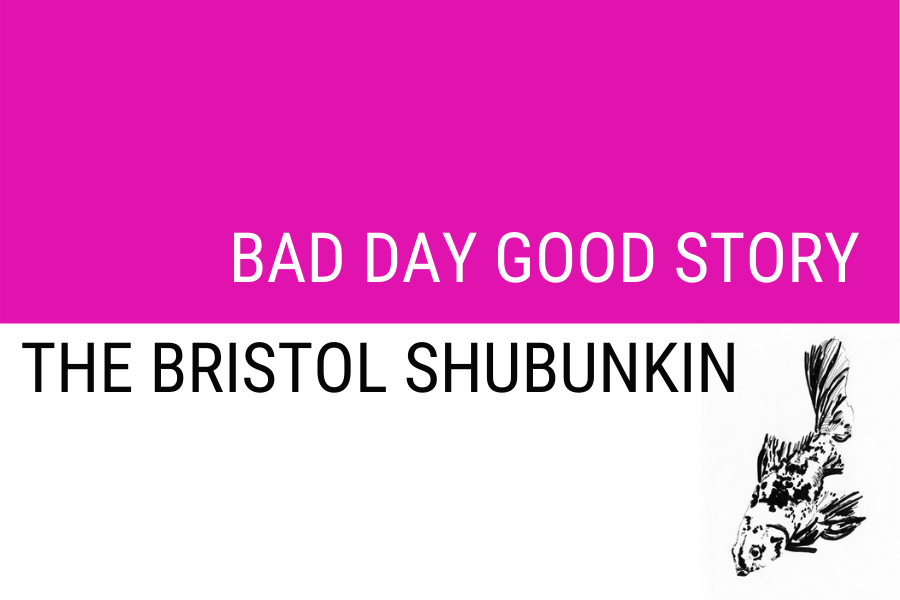 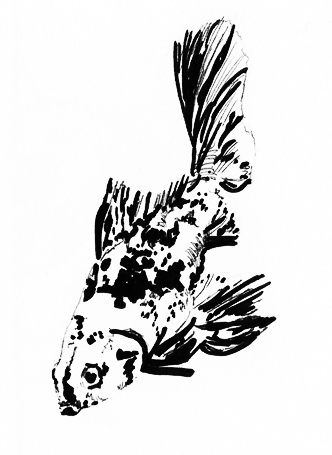 My sister’s first love was a Bristol Shubunkin called Squiggle, named for the black wiggly line on his nose (which he grew up he grew out of but renaming him Squiggless, my very witty 7-year-old suggestion, was deemed out of the question!)  It was the first pet that was just hers, no one elses.

A Bristol Shubunkin is basically a fancy goldfish.  Very low maintenance and therefore perfect for a kid at primary school.  It was fed morning and night with that horrible, dried, multi-coloured fish food. Side Note: I was very rarely allowed to feed Squiggle as I was guilty of overfeeding. It was therefore assumed by everyone that I would be me that would be responsible for his death. 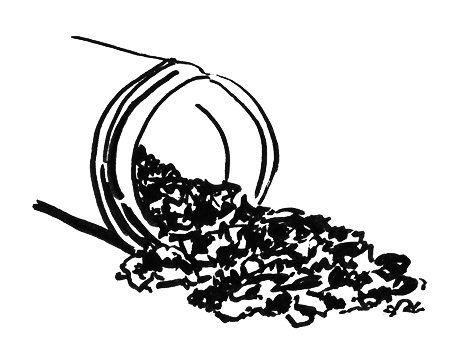 We had been on holiday for a week.  I don’t remember where, most likely Cornwall, but I do recall there was a massive heatwave!  The kind where shorts and a vest are too many layers and cars become uncomfortably sticky saunas.  The kind of hot cars dogs die in.  We had been in such a car for hours.  In short, we were boiling, angry and miserable, and in my parents’ case, forgetful.

When we finally made it back home we all peeled ourselves off our seats keen to get out of the car as quickly as possible. 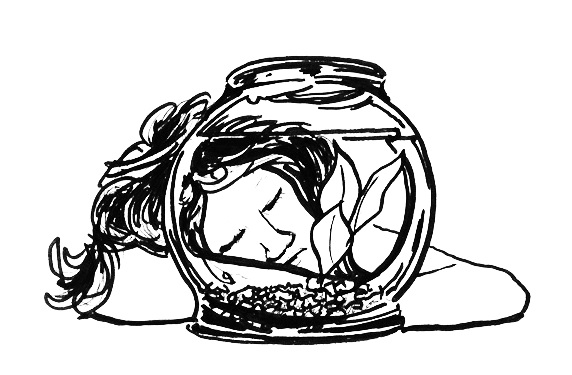 My sister of course was very eager to be reunited with her beloved Squiggle.  She ran into the kitchen where she let out an almighty high-pitched scream before sprinting upstairs, floods of tears streaming down her face, where she promptly entered her bedroom and slammed the door.

Well, my curiosity got the better of me and I bolted straight for Squiggles’ tank.  Immediately I observed the same awful sight that had terrified my sister.  A pitch-black, uber fish with pug eyes bulging out the top of its head was floating upside-down just below the surface of the water.  Not only was Squiggle clearly dead… he had gone to the dark side!

I stared, fascinated!  So many questions!  I wanted to Sherlock Holmes the hell out of this mysterious case: 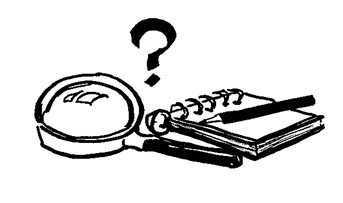 Super Sleuth Ruth would get to the truth.

Step One: Question the parents.

After what felt like hours of comforting my hysterical sibling who kept asking me why I wasn’t sad (Er, a previously gold fish had turned Black in death, this wasn’t upsetting, it was bloody brilliant).  Mum and Dad entered, faces sufficiently forlorn and explained everything.

Squiggle had been left in the allegedly capable hands of our long-time family friend Jane.  Unfortunately, the first evening Jane had come to feed Squiggle he was found dead floating on the surface of the water like his sinister doppelgänger!  Jane spent the next week desperately seeking a replacement but alas Bristol Shubunkins were hard to come by.

Now, this is where, even to this day, I struggle to connect the dots.  Unable to find a Bristol Shubunkin (a fish that so closely resembles a goldfish that you may as well spend a lot less money and just buy a goldfish) she apparently found the next best thing:  A Black Moor Goldfish.  The best way to describe this fish is as a cross between a piranha and Sloth from the Goonies.  Unfortunately, this fish didn’t even last out the week, hence this bizarre reality we were confronted with upon our return.

And it’s safe to say we never got another fish.