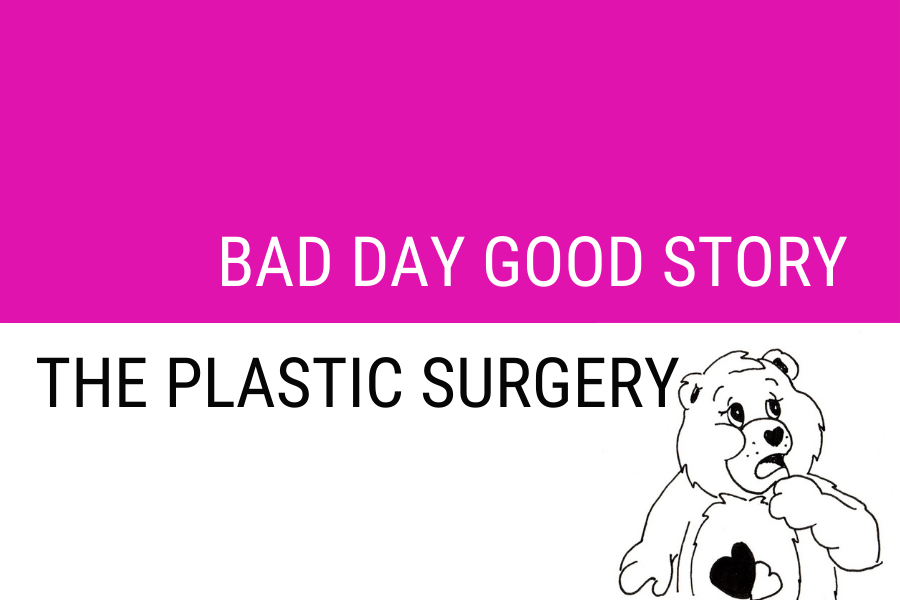 “I’ve had so much plastic surgery, when I die, they will donate my body to Tupperware” – Joan Rivers 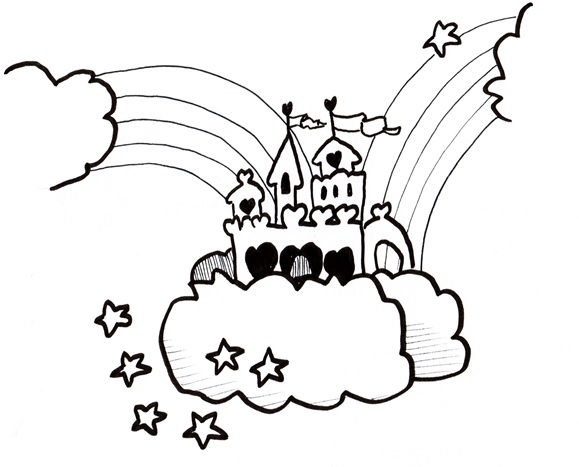 When I was a kid I used to love playing on my own.  I would live my life in fantasy realms, frolicking alongside my toy friends exploring abandoned castles, royal palaces and stormy seas off on whirlwind adventures in my mind.  I trusted my toys completely!  To the moon and back!  And I knew they had absolute faith in my leadership in return.  They followed my every order!  Unless it involved any independent movement from them.  Then they would wait until I left the room before their magical work began… which I’m pretty sure makes Toy Story my idea. 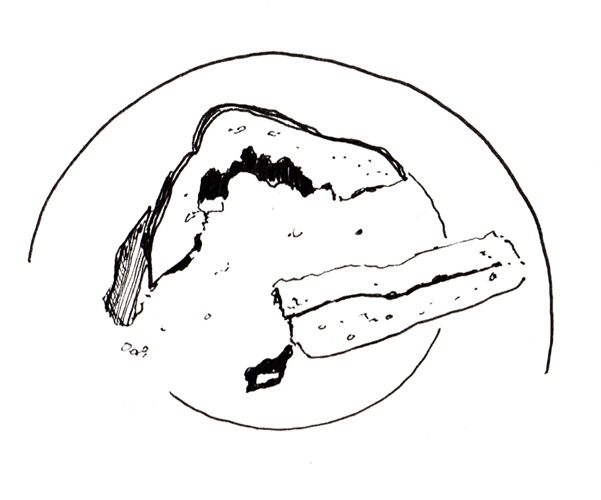 I had left the crusts of my jam sandwiches.

My mum told me they would give me curly hair if I ate them.  I believe this was meant to be an incentive, but little did she know this was actually a deterrent.  I was quite happy with my straight bowl cut thank you very much! 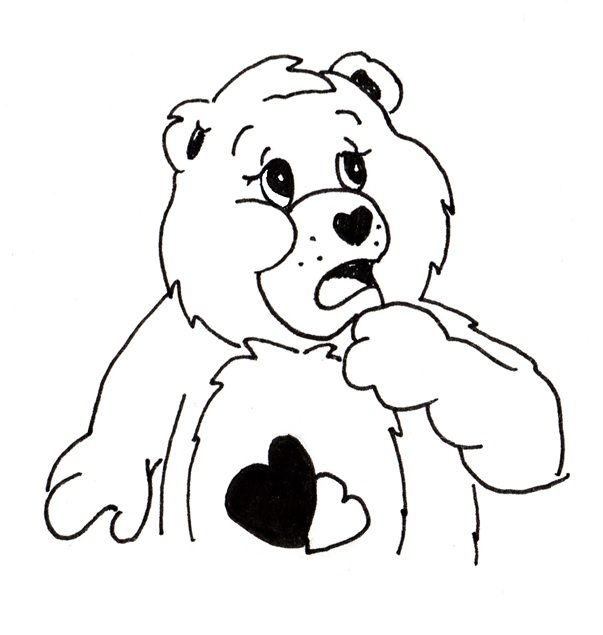 I placed my Care Bears carefully around my plate and departed to allow them to eat in peace.  A foolproof plan!  The Care Bears would eat my crusts (especially Grumpy Bear, he was always hungry) and my Mum would be none the wiser.  Muahahahaha.  More importantly, for my three-year-old self, it would be undeniable truth they really were alive!

A short while later I returned.  The Care Bears were exactly where I left them but the crusts?  Vanished!  A cynical minded adult would have me believe it was the cat’s afternoon snack, but I was much wiser than they!  I believed in fairy tales.  I knew the Care Bears would do anything for me.  Cast any spell.  Make any dream come true. 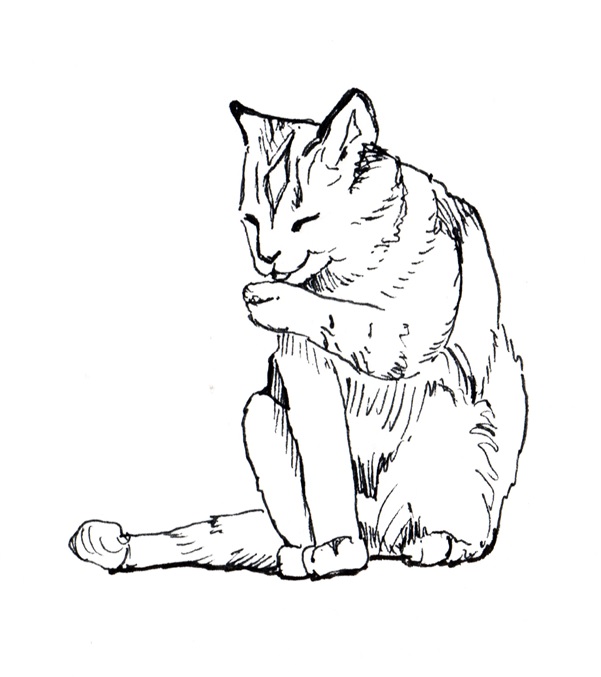 I leapt onto the dining room table and entered my dream world.  I was at the circus.

I introduced my show to my Care Bears, now lined up as my audience.  “Roll up, Roll up!  Come and see The Amazing Ruth.” I was a very eloquent toddler.  They were enrapt by my words.  “Watch as she defies death on the amazing tightrope!”

I walked up and down the table, one foot directly in front of the other: The World’s Best Balancing Act.

“And for my next stunt, The Amazing Ruth, The Incredible Magician, with help from her glamourous assistants,” I gestured towards my Care Bears, “Will attempt the trick you’ve all been waiting for… Walking on air!”

I took one step off the table.

In The Care Bears Movie, they lived in the clouds.  More to the point my young brain had made, they walked on clouds.  The clouds frequently held their weight or cushioned their falls.  It was therefore abundantly clear, especially since I was convinced of their superpowers, that they would make clouds for me to walk on.

Evidently, they did not.

I will admit my memory gets a little hazy after that.  It is my understanding that the mind blocks out traumatic events to spare you reliving the fear and pain (like women and childbirth).  I personally think this is a ridiculous evolutionary trait as it inevitably ends up in you repeating said stupid act (like women and childbirth), or something incredibly similar in the future.

As I frequently did… just read The Skipping Rope.

This is how I have been reliably informed it played out:

My mother came downstairs to screaming and found me lying in a pool of blood.  She rushed me to hospital and upon closer inspection of my injury, it was revealed my tooth had come through my bottom lip. 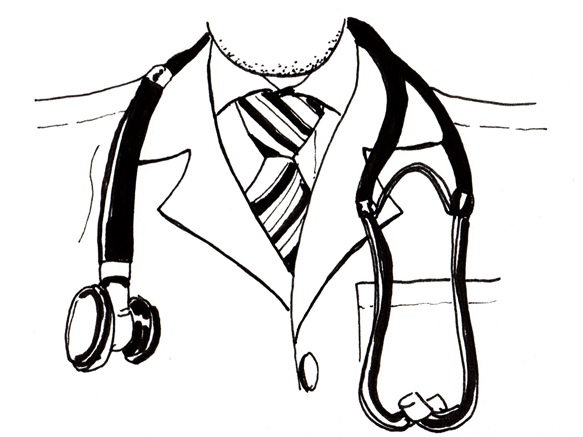 “There’s nothing else for it,” the doctor told my parents.

“You’ll have to put her down” joked my Dad (or I assume he did, this is absolutely the type of thing he would say).

The doctor laughed, kindly (or sympathetically).  “No, no, no.  We’ll have to get in a plastic surgeon to fix up those cuts!”

“Of course, if she was a boy we wouldn’t bother.  Boys love their battle scars!  But since she’s a girl I’m sure she’ll be worried about her appearance.  The plastic surgeon will set the scar discreetly.  It will be practically invisible.”

I still have the scar.  Although, it is practically invisible.  The only time people notice is when I crack out this fun tale in bars (to hysterical laughter, naturally) and then point it out.  The one thing I can say though is thank God the NHS in the nineties was so colossally sexist or I could have ended up looking like Frankenstein’s Monster!

That doctor was wrong though!  Girl’s love bragging about their war wounds too!