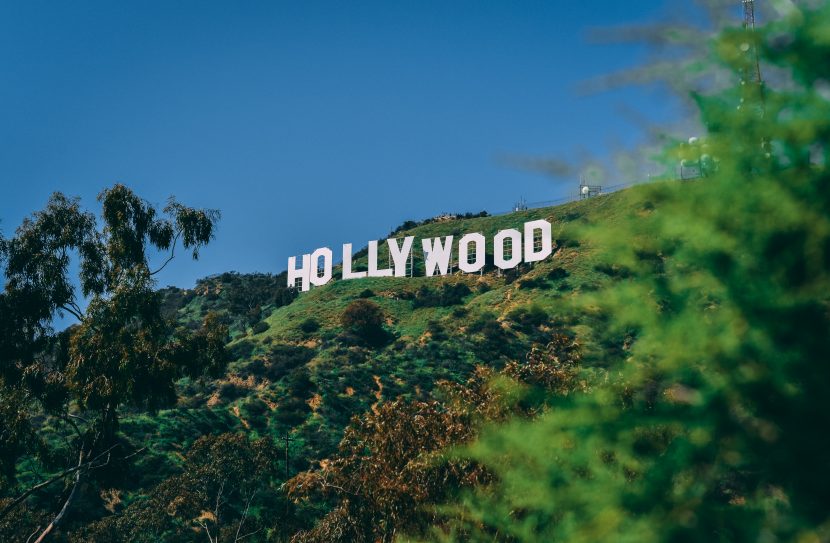 I don’t live in LA, nor have I ever been, but in the same way I’m sure that no movie about American High School has actually accurately depicted an American High School I am positive that La La Land does not accurately depict what life is like for an out of work actress and struggling jazz musician living in Hollywood.  Feel free to stop me if I’m wrong (those of you who are struggling actors in LA will know better) but Emma Stone seemed to swan in and out of mansion parties as if this is the normal way to network.  The production parties I’ve been to have mainly consisted of a theatre foyer with a dodgy catered buffet and box wine but who am I to judge?  Maybe life is that different across the pond.  Now, I’m not stupid.  I know that embellishment is added for the sake of entertainment.  I’m not here to pick holes…

Despite the mixed bag of reviews I received before finally getting round to seeing it myself and the poor singing and dancing that is bettered every year on Strictly Come Dancing aside, I think La La Land raises some important truths worth pondering over which tend to play out in our careers and businesses, wherever we may be in the creative industry.

I was mentoring a young actor, a year into her drama degree, who moaned that she was sick of her retail job and was looking for something, anything, even remotely associated with theatre, her chosen specialised field.  Isn’t this what Mia (Emma Stone) does?  What Seb (Ryan Gosling) tries?  What we all do?  Many of us start off in the arts working in bars or restaurants, front of house or box office.  So long as it is part of a theatre or gallery or festival or music venue we feel in the thick of the action and it’s ok for now.  And I commend these people!  The passionate dreamers!  Our dreams get a little more jaded as we age but we start off fighting!

The audition process illustrated in La La Land unfortunately can be faithful to real life, which is a shame.  When they are run by bored minds who no longer really care about the work they are involved in they leave hopeful actors worn out and weary, hope dying with every rejection, like Mia.  She tells us she has been ‘trying to make it’ for 6 years and basically can’t be bothered with it anymore; dejection and fear has settle in.

The general consensus across the creative industries is that no one gets into the arts for the money so the moment you stop really loving what you’re doing is the moment you should stop or at least change course.  Sometimes it’s the rebuffs, sometimes the lifestyle.  I used to work in stage management and found my decision pretty much came down to this: Do I want to have a social life or do I want my work to be my entire life.  The love wasn’t there any more, so I left.  But what can I say: lady theatre dragged me back, just down a slightly different path.

Obviously, everything works out in the end, in the film at least.  Mia becomes a Hollywood Star due to the unprecedented success of her one woman show and Seb uses the money he made in his modernised Jazz band to fund his dream jazz bar business.  Obviously not entirely realistic but very Hollywood (and with a dream ballet sequence, the likes of which haven’t really been seen since Oklahoma!, who is complaining)!

So what should you take away from this movie?  What is the moral?  Sorry to sound pessimistic but dreams don’t always come true, at least not in the way you think.  I think the moral is that your life has to adapt with your craft, sometimes we must compromise and other times we must evolve.

The speech that struck me was that of Keith (John Legend) who tells it Seb Straight:

“How are you gonna be a revolutionary if you’re such a traditionalist?  You hold onto the past, but jazz is about the future.”

He has remembered something integral: art is a business.  To stay on top we need to roll with the punches.  He takes traditional jazz and gives it that contemporary, commercial twist for a new audience who, with any luck, will look into the origins of where this music came whilst continuing to carry it into the future with them, introducing a new audience and a new, evolutionary art form.

Seb makes his money in this band uses it to fund his dream bar.  Clearly, during his time spent with The Messengers Seb has learnt a few lessons, which are reflected in the bar set up.  The layout of his club takes us back to a 1940s feel of what jazz bars would have felt like, something which is fashionable at the moment, especially if you’re looking for that new hipster hotspot.  It serves fancy drinks in  fancy crystal, also super trendy, as opposed to the fried chicken sticks he originally longed for (now presumably reserved for the end of the night).  Then the jazz is the cherry on top.  He has nailed a business which gives him an outlet to perform the music he wants, whilst turning over (we hope) a profit.

You might be thinking this is a corporate way to analyse this movie, I prefer realistic.  So, look at Seb’s success, cut past the romance, the song and dance, the bright colours and remember to keep business and at the heart of your operation.  Drive your desire constructively to developing your values alongside the current climate with the aim of breaking even or making money so that you can reinvest it and do more work that matters to you and your viewers!  Adapt your mind set and progress with the times.

Your enthusiasm will always show in what you produce.  When things get tough, always remember your audience can see more than you think.  After all as Mia says:

“People love what other people are passionate about.”

What did you take from La La Land?  Any business strategies you think I’ve missed?  Or opinions your yearning to share?