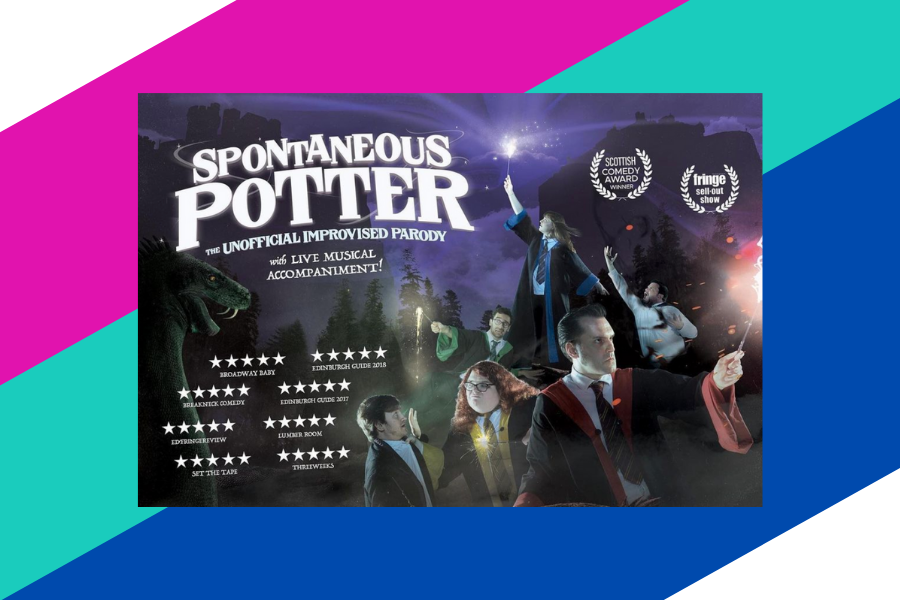 For anyone who doesn’t know (or has spent their entire life with their head in a cardboard box) J. K. Rowling lives in Edinburgh and it’s where she wrote the majority of the Harry Potter series. This is why, unsurprisingly, ANYTHING Harry Potter related does very well in Scotland’s capital!

And what does really well at any fringe, theatre or comedy festival? That would be Improv!

So, basically, The Spontaneous Players are onto an absolutely winning formula here. With some simple marketing and the existent following of this comedy troupe they are bound to sell out every fringe! It doesn’t really matter if the shows any good…

…which it is! It’s brilliant.

Just pick a title, which in our case was Harry Potter and the Half-Blood Prince Andrew, and away we go.

The clear experience and unity of this group shines through in their performance. They have a great knowledge of the films and books (bar one which is used as a hilarious gimmick). They’re a little too focused on gags rather than story so it did drag in places and they need to work on the corpsing, but it’s great fun and well worth a watch especially if you’re a fan of the Harry Potter universe and even if you’re not!