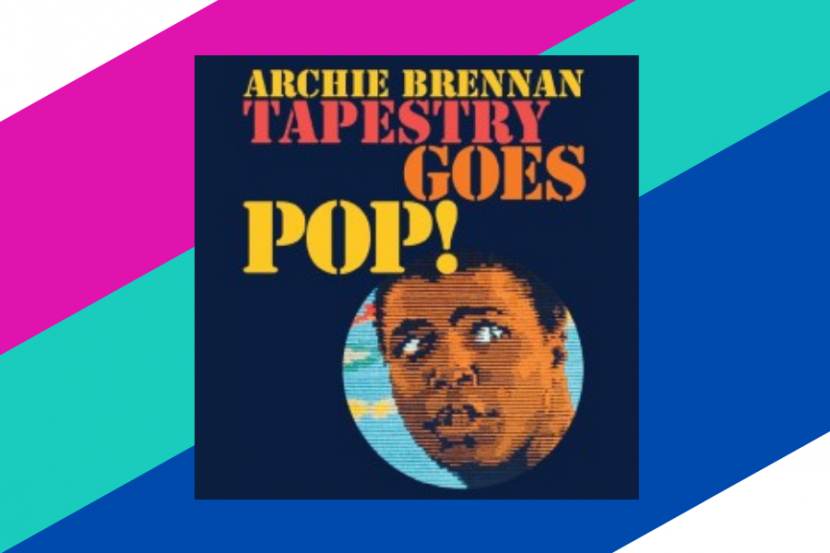 I love tapestry! So this Archie Brennan exhibit had my name written all over it! This collection at the Dovecot Studios contains pieces spanning his entire life catalogue so the diverse range of themes and general witticisms found in his work cater for any audience.

And there’s something I find immensely therapeutic about the creation and incredible attention to detail that goes into weaving every millimetre of a tapestry. I also love the idea of travelling with my own makeshift loom quick to assemble out of copper piping so I could weave on the spotless beaches of Hawaii or anywhere else in the world.

The display is so wonderfully varied with the curation including everything from small scale postcards weaved and sent from his travels to reinterpretations of medieval tapestry reimagined using modern materials.

His experimentation with the art form is fascinating and can be seen through the progression of his ideas, for example, in his series of portraits of Muhammad Ali which nowadays appear to be an interpretation of pixel art but would have been so revolutionary at the time! In his more recent projects, we can see close to perfect replicas of his social media platforms whipped up with thread.

It is his ability to create with humourous connotations which makes all Brennan’s work feel modern and accessible. As part of the Pinterest generation, I assumed comedic tapestry was a relatively modern phenomenon but it turns out, I just wasn’t looking in the right place!