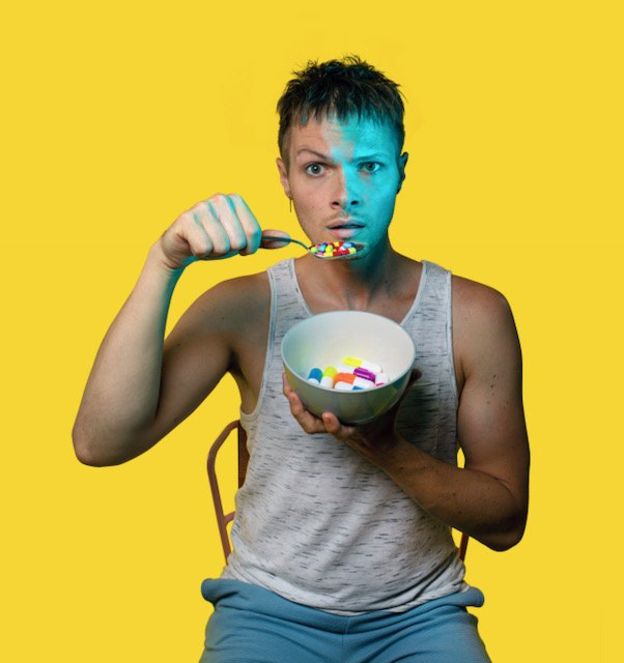 Theatre has a unique ability to inspire audiences.  It can work particularly well when raising awareness about charitable causes.

Well, recent winner of a Best Show of the Fringe award from The Stage Nathaniel Hall does just that with his new one man show ‘First Time’ in collaboration with Dibby Theatre.

This autobiographical play explains how Nathaniel contracted HIV from his first sexual partner.  He cleverly uses a variety of storytelling techniques to portray the emotional rollercoaster he had been on from when he first received the news through his journey of coming to terms with his diagnosis.

A self-proclaimed activist Manchester based Nathanial aims to speak out for and with those who have previously been unheard or ignored.

It is a combination of his immense bravery in telling his own unique story, his natural ability to inspire others to come out and speak openly about their own experiences with HIV and his incredible fundraising drive to work alongside locally based HIV charities offering workshops and talks that have led to some unbelievable (and well deserved) National Press Coverage.

This has included editorials in Attitude, Buzzfeed, and BBC News.

In fact, flicking down his press page is basically like the perfect lesson in who to contact when developing a press release list for a show like this: the national news platforms, the local reviewers and papers, the LGBT community and theatre-based media companies across the UK.

What is particularly special about Nathaniel’s show is how in talking about his diagnosis he has begun the healing process of his mental health and finally he is looking forward to the future. He has used his story to encourage a revolution.

You can take inspiration from Nathaniel when developing your own work.

o   ‘First Time’ aims to erase the stigma around HIV and campaigning for the UN Goal of zero new HIV transmissions by 2030.

We would love to hear about any work you’ve done like this.  Let us know in the comments!

Nathaniel J. Hall and Dibby Theatre will be touring ‘First Time’ soon so keep your eyes peeled on their website here to check out when where you can see this remarkable show.